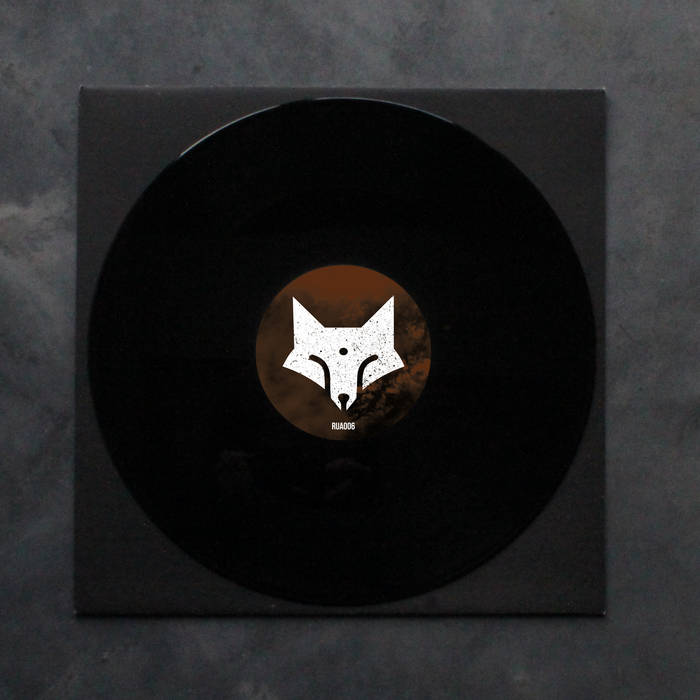 Rua Sound is proud to present the Echosystem EP from Lynch Kingsley. Making his Rua Sound 12" debut here, the Italian producer continues to carve out a space that is entirely his own, and we are extremely proud of the four tracks he has cooked up for us.

Preview the tracks on SoundCloud:
soundcloud.com/rua_sound/sets/rua006-lynch-kingsley

On this EP, Lynch expertly brings in elements of soundsytem music of all varieties, combining wildly disparate elements, and shoehorning them into fluid coherence. If there's still anyone out there rubbing their noggins thinking "Lynch who?" then you'd better believe that we here at Rua HQ are insufferably confident that they'll be raging converts after giving this record a whirl or two. This guys got it.

Opening track Eternal Sunset kicks off as a gentle percussive lilt that eventually uncoils into smooth chords before making a moodier dash to the finishing line over an urgent throbbing bassline and a distant vocal refrain. A bit like the part of the sunset when the beer garden turns shady all of a sudden and your whole crew legs it to the other beer garden up the road that your mate swears is still a sun trap at this hour.

Wild Obsession takes a more frantic rolling approach with a hypnotic banjo refrain, a throaty ragga vocal, and the kind of gleefully non-repetitive break-switching rollout that was once the hallmark of *very* early Full Cycle material but with a very modern spin. A rootsy, wavey party banger with a riff that's catchier than chlamydia and more low end beef than a burger van.

Title track Echosystem sails out into heady experimental dub territory with a simple melodic refrain just about managing to rein in a furiously edited groove. It's cerebral, wildly exuberant and tranquil all at once, a bit like nailing the Irish Times cryptic crossword in the middle of a crowded roots reggae dance.

Rounding thing off with the traditional B2 banger, the aptly named "Deadly" feat. Dreamers chief Neve, ramps up the skanking energy with a looped reggae vocal, an absolutely trouser browner of a bassline, a whole succession of frantically spliced halftime jungle breaks switching up with gleeful abandon and footworky twitches. All artfully arranged over a low slung soundsystem groove that you'll find yourself missing like a long lost friend after your six minutes together is up. For the best experience possible, wait till five minutes in before allowing the rewind. G'wan!

Written & produced by Lynch Kingsley except B2 co-written by Neve
Vocals on A2 by Block Mameli
Mastered by Robert Macciocchi at SC Mastering
Words: Executive Steve

Khruangbin and Greg Foat stop by with their amazing new LPs.